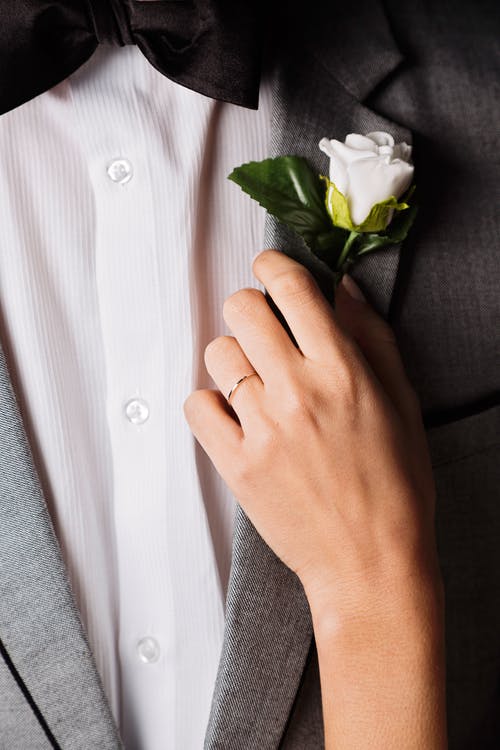 15 Secret Fears Guys Have Before Marriage

Will I still be able to have boys’ night out or poker and beer night?  I still need my space.

You can always have those night outs with your friends as long as you both agree on that, but please eliminate the idea of having ladies with you, the idea might annoy some wives (like me).

2. What if she finds someone better than me?

Men, like women, worry they won’t be able to keep the play going with their wife’s attention focused on them, and instead worry she might sneak out behind their back.

If you’re a strong couple and on good terms, don’t worry about this issue.  Women usually seek protection and comfort in a man. If those are available, forget about this concern.

Men are unwillingly scared they might not be able to carry the weight of responsibility of a family with a wife and kids.

You and your wife are now one entity.  You’re leading one life together, aiming both at raising a family.  She will help you all the way if you open up for her.  the most important thing is being transparent with each other.

4. What if she’s marrying me for my money?

Wealthy men frequently fear about someone taking advantage of them.  They also find it hard to share their fortune.  They might not like the idea of someone spending the money they earned.  Moreover, they’re always worried that their marriage might be a marriage of convenience.

What I suggest, men should know whom they’re marrying.  Dig deeper before popping up the question.

5. What if there’s no more attraction?

Men are afraid to live the married life of a couple who are not attracted to each other anymore.

We all agree, romance doesn’t last forever.  But there are always things you both can plan for to light the fire in your relationship every once in a while, like a nice candle dinner, or drinks in some cozy bar, or maybe planning for a sexy night.

Some men are sexier and wilder being bald.  Besides, if marriage is based on love, the wife will grow a new taste.

7. What if she loses her feelings for me when I’m old?

What most men worry about is getting old.  They fear their wife will not care for them when they reach the age of dependence, she might give them up.

According to my experience, I can guarantee that if the couple is strongly attached and the basis of love is always there, they will be each other’s rock.

8. She will be the only woman in my life

Before marriage, men face the fear of missing out the chances of being with various women.  The panic of having only one woman in their bed for a lifetime is terrifying for them.

If the woman focuses a bit more on her sexual life with her husband and gives it some time and importance, especially if they marry out of love, the man won’t even think of looking outside the plate.

9. What if we’re not soulmates?

With the presence of social media, the ghost of past relationships appears again followed by the doubts.

Keep contact with your mate, get to know more about their everyday life, show concern.  In the end, what’s a soulmate but someone who cares about you, understands you and stands by you in sickness and in health.

10. What if She loves the kids more than me?

Men are possessive, it’s normal to ask for more.  But it’s also typical if the woman gets distracted from her husband when there are kids in the family.  She devotes her time and care to them more than to the husband.

Fathers would also devote some time to their kids since the husband and the wife are one unit joint by the kids.  I’m sure there will always be time for the couple to indulge in some intimate moments.

11. What if I can’t give her the luxury life she has with her parents?

Men might fear the fact that they can’t provide their wife with the luxury she’s used to due to their financial limitations.

When the couple gets married, both are aware of who they’re getting involved with and what might be waiting for them financially after marriage.  If the woman agrees on commitment, she won’t mind stepping back and giving up the treats to raise a family with the man she chose.

First thing on their mind is this biggest fear.

It’s normal for sexual activities to lessen at a certain point, but that doesn’t mean you’ll be living like robots.  You can keep the clock running if you find the way into your wife’s libido first, and into her schedule second.

Men are usually independent.  They surely like being with a woman, but they might not like being kicked out of their bed in the middle of the night.

I can’t guarantee that your wife won’t be a boxer during the night, but I can guarantee there’s always a solution for that problem.

14. What if we are not on the same page anymore?

The couple might find themselves living a mono life, each one in his own world, after being on the same page when they got married.

The couple should regularly talk transparently about their fears and plans.  In addition, the woman should always keep up with the man’s desires even if she finds them ridiculous.

Divorce is not a nice word, we all agree.  Sometimes it’s inevitable, but still not appreciated, especially if there are kids and that’s one of men’s fright.

Couples who have divorced friends find the split an easy piece of act.  Better avoid these friends if you feel you’re living a vulnerable relationship.

Have you ever had such fears or ever been involved in some?