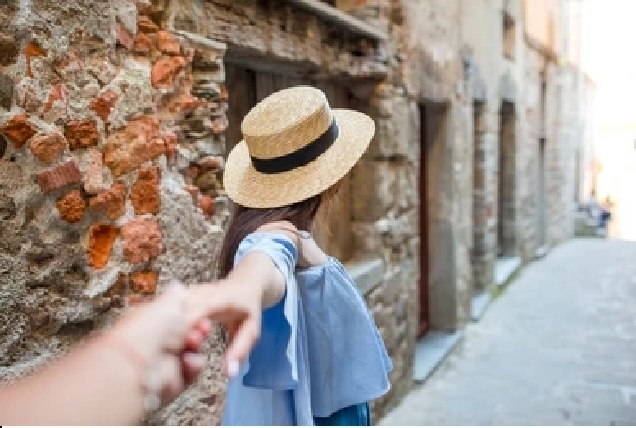 44 Warning Signs He’s Cheating on You

Cheating can be taken from different angles depending on different kinds of people. Some may think that following someone on SM is considered cheating, while others interpret it as giving some space to their partner. When a woman sense cheating in the air, not even the FBI can investigate the way she does. But love rends us blind to infidelity; you won’t notice the signs until someone opens up your eyes to the red flags.

Cheating has become more common these days as temptation increased and humans are finding themselves more independent. The worst is finding out he was cheating on you with a close person who you never doubt. The experience leaves a scar in your life, and some of us build fear in getting attached again… unfortunately.

You think your companion is having an affair? Keep an eye on these common signs. You might be able to stop him before getting deeply into it, you’ll miss your chance to save your relationship.

1- He keeps his phone next to him at all time. He even takes it with him to the bathroom. He gets mad when you get anywhere near it.

2- He’s so private with his phone. He has a passcode on all his electronic devices.

3- He is late at work few times a week. And when he comes home, he doesn’t look stressed out.

4- He is acting emotionally distant. He is rarely or not approaching you in bed anymore. You always make the first move. He is always tired or busy when it comes to intimacy.

5- Your friends spot him somewhere he didn’t mention. You might think he forgot to tell you, but deep down inside, you know there’s something wrong.

6- You got STD out of nowhere. And he’s the only one you’re having sex with.

7- Unlikely, he is getting you flowers and gifts. I mean it’s nice to receive these gestures from him, but why now and out of nowhere?

8- He is not treating your family the way he should. He avoids seeing them. Does he feel guilty or what?

9- He goes to trips without you. He doesn’t consider taking you with him on business/leisure trips.

10- He says he can never cheat. During gatherings, he makes fun of cheating and talks about the reasons why one shouldn’t cheat. Is he trying to keep the doubts away from him?

11- He picks fights with you more than usual. You feel you can’t express your opinion in anything , communication always starts and ends with screaming and fighting.

12- Whatever you say and however to talk, he considers you nagging. Starting from your good morning to your goodnight.

13- His mood suddenly changes. Did he have a fight with his paramour? Don’t bring it out on your partner.

14- At home, he’s always on his phone, there’s no communication between you two. When you’re around, he’s depressed, but when he’s with others, he is sociable and excited.

15- You don’t know much about him anymore. You used to be his confident, now his life is so discrete.

16- He always criticizes you. No matter how you look, he’s never pleased. He stopped paying attention to you. You are deprived of any compliment from him.

18- He accuses you of cheating. He wants you to be the bad person. This will give him an excuse to cheat, and will relieve him from the feeling of guilt.

19- He spends most of his time outside home. He prefers being with friends than being with you.

20- He prefers reading a book or watching TV than talking to you. You feel as if you’re just a maid at home, cleaning, cooking and taking care of the kids. This leaves you to wonder: does he think your home is some kind of a hotel?

21- He seems distracted during sex. Sex is an obligation to him, you can feel it. He wants to get it over with. He is colder than ever.

22– His behavior in public leaves your friends wondering, “what’s wrong”.

23- He doesn’t ask for your company anymore during his work or his friends’ gatherings.

24- He’s taking more showers, he becomes super tidy all of a sudden. His appearance is more important to him than before.

25- He’s often smiling at his phone. Trust me, if he’s enjoying his conversation with a regular friend, he will instantly talk about it.

26- He returns home from work smelling fresh. Did he enjoy his shower elsewhere?

27- His friends look at you with sympathy. He might be one of those who brag about their affairs, leaving you a victim among his friends.

28- When you ask about his whereabouts, he gets frustrated and angry.

30- His close friends find cheating normal. This surely affects his way of thinking.

31- Suddenly the gym becomes his second home. He’s always taking care of his muscles and his looks.

32- His routine changes. Working late all of a sudden on Tuesdays, or urgent meetings on Saturdays.

33- He doesn’t call you like he used to, or text you back. He frequently misses your call and doesn’t call back.

34- He suddenly has new tricks in the bedroom. He might be interested in trying new things in bed.

36- He blames you for everything. You are always wrong.

37- He is detached from the family.

38- He always smells perfume, unlike his usual self. You might smell a different scent on him too.

39- His schedule changes without prior notice.

40- He is suddenly unreachable.

41- He deletes his messages regularly, his recent calls too.

42- He’s always disconnected from you. You feel the walls listen to you more than him.

43- He doesn’t cuddle you anymore especially after sex.

44- He surfs his phone late at night in bed while you’re asleep.

Whatever may be the sign the woman is getting from her partner, the guts inside her warns her about it. She can feel there’s something wrong in her relationship. The importance here is what’s next? What do YOU want? But be careful, investigate well before reaching a conclusion. Don’t judge too early. You might be ruining something for nothing.

2 thoughts on “44 Warning Signs He’s Cheating on You”