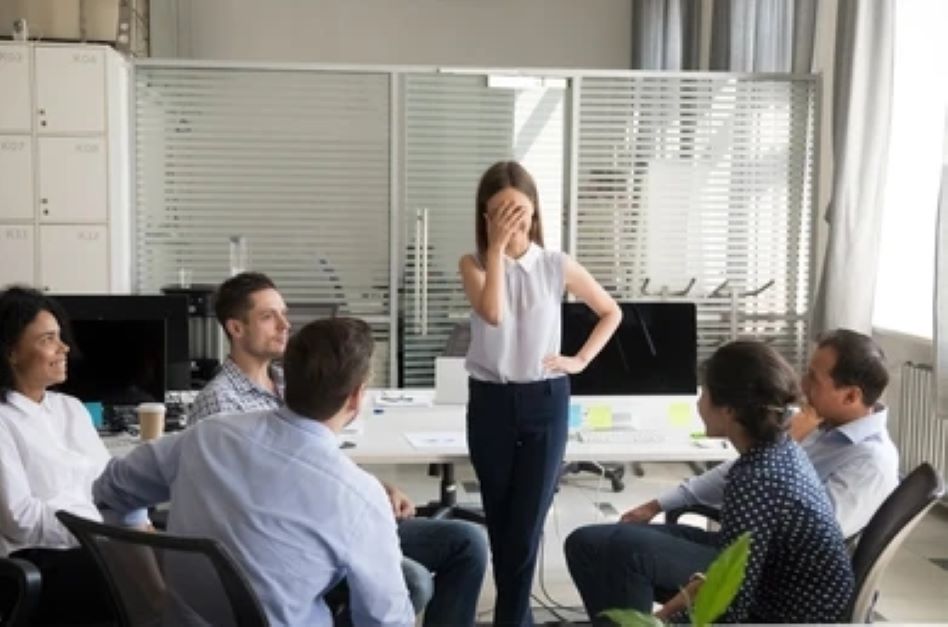 21 Things Women Are Shy to Do in Public

Sometimes women find themselves in an awkward situation in public which rends them uncomfortable.

My interest is specifically in women for the simple reason that they are usually more criticized by both men and women when they unintentionally get themselves into embarrassing situations in public.

Why from both sexes? Let’s face it, women are usually jealous from other women, and men interpret their attitudes sexually before understanding the real motive behind it.

1- Eating a banana in public

A daily banana snack is advisable… until it’s eaten at work or in the open. You’ll distract your male colleagues and end up being their hot daydream. On the other hand, you’ll be the gossip of the workplace.

2- Bending over to get something

I always smile at strangers as I consider it impolite not to return the smile, but unfortunately I sometimes get misunderstood. So the next time a man smiles at you, unless you’re interested, try not to grin.

4- Taking off a jacket in public

Some might think you’re undressing or showing off your body, which is kind of a sexy move when it comes to men’s imagination… until their sexual thoughts are shattered when they realize you’re just taking off your jacket because you’re sweating.

I’m the type who likes to be friendly with everyone. But in time, I realized I should put some limits to my friendly attitude as some men think I’m fooling around.

What is best than falling asleep in a train! Ok, you can do that, but make sure you’re not wearing a skirt or a dress. You never know how deep your sleep is going to be, and in what position you will wake up especially if you’re a heavy sleeper.

The best and most enjoyable way to eat ice cream is by licking it. When we are young, we don’t care about the way we devour our cone. But as an adult, it’s considered as a vulgar move if you’re doing it in public. Who thinks it’s vulgar? Definitely not men; they will be enjoying watching you doing it, and might take it as a sign of ‘I’m available for flirting‘.

8- Licking your lips after a sip

The tongue and the lips are both associated in sexual acts. This is why every move related to these specific body parts should be done carefully.

So ladies, next time you’re in a cafe, don’t fall into the trap of “mam, there’s something on your lips.” Keep the napkin close by.

10- Writing on a board with your back turned

Some women are embarrassed to turn their backs on a group of men while writing on a white board. They fear all eyes will be on their behind, wondering if what’s under the clothes are panties or a string.

Women with large breasts usually worry about running or walking fast in public as their tits bounce up and down, and this doesn’t attract at all the attention of every single man passing by (yes, the total opposite), and this agonizes women.

What is more relaxing than feeling free under your clothes. But if you’re the bashful type, you’d better not forget to wear your bra before going anywhere. Boobs are one of the two things that men first stare at.

13- Going up the stairs in front of a man

This is common and it can happen any time. But the idea of standing on an escalator or walking up the stairs closely in front of a man rises the sense of unease in some women fearing he might be looking at their bum which is right in front of his face, and I don’t blame him in that case if he does.

I can’t deny looking around before cleaning the elliptical machine at the gym after I finish my workout. And when I do, I make sure to keep my eyes on the machine and prefer not looking someone in the eye. I fear men around might take it as a sign of approach, let’s not forget the wide imagination.

15- Eating hotdogs or a corn on the cob publicly

Remember one thing, hotdogs are also called wieners, that says it all. As for the corn on a cob, the way it is bitten can be taken as a dominating act. So, if you’re a ‘Glizzy Gobbler’ and you eat your hotdog in public, make sure your bites are sideways, or else you’d better go home and enjoy your food there.

16- Walking past a group of men

First thing that comes to your mind is men staring at your bum. If you’re an introvert, it’s the last thing you wish for.

You’d better not examine every cucumber you choose in the market. Avoid king the kind sized. we all know the smaller are tastier… Hey, we’re still talking about cucumbers!

If you don’t feel comfortable showing your body details in society, you’d better have a wardrobe full of long tops or else you’re in big trouble.

If you’re sitting in public, you can’t avoid men’s looks when you try to change your legs position, especially if you’re wearing a dress or a skirt. They would definitely peak wishing you’d misdo it.

20- Adjusting your bra or your period pad

Women know how hard a bra can sometimes be especially if you’re frequently moving your hands; trying to keep it in place. Same goes to your pad when you’re passing through this time of month. Both need to be fixed, imagine doing it in public with men around. Now doesn’t THAT feel awkward!

It is a source of stress itself to most women. What if our bikini top has moved while going out the water and all the upper part is out? What if our bikini bottom is stuck inside our buttocks, how are we going to get it out discretely? What if we trip on the pool’s stairs? Imagine the pressure women pass through knowing eyes are on them when going out of the pool!